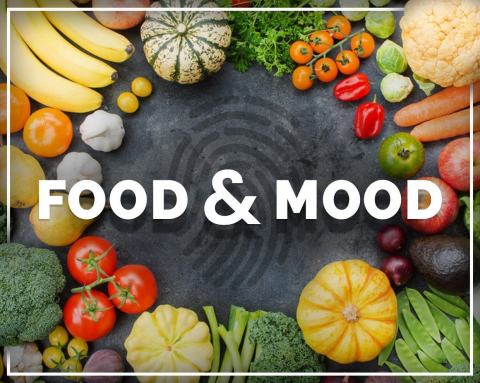 Can What You Eat Affect Your Mental Health?

One result of the pandemic has been a hit to people’s mental health. Can what you eat affect how you’re feeling?

THE STORY: Even before the pandemic hit, the amount of people in the U.S. who struggle with their mental health was growing. If you’re one of the approximately 19% of American adults who is dealing with mental illnesses such as depression and anxiety, there are several options you can take to improve - therapy, medication, practicing self-care. But what about the foods you eat? Does your diet affect your mental health?

FOOD & YOUR MENTAL HEALTH: Did you know that your gut is considered a “second brain”? This second brain spends a lot of time talking to your actual brain via the plethora of bacteria - good and bad - that live in your gut. These bacteria help with producing neurotransmitters, such as dopamine and serotonin, that pass messages along to the brain. Serotonin is important because it contributes to mood stabilization (hence why some people take SSRIs or serotonin reuptake inhibitors when their serotonin is a bit wonky, causing depression). In fact, approximately 95% of the serotonin in your body is actually created in the gut.

When you have enough good bacteria in your gut, it has a positive effect on the production of neurotransmitters. However, you can throw that balance out of whack with a constant stream of processed foods and sugar. Eating too much of these things can cause inflammation that has a negative effect on the production of said neurotransmitters. What does that mean? It means those messages your gut is sending to your brain might get lost or garbled and it may affect your mood.

In fact, one study done on university students in the UK found that the students consuming junk food had higher instances of stress and depressive symptoms. Students who ate healthier foods had lower instances.

WHAT TO EAT: If you struggle with your mental health and want to test out how your food affects your mood, here are a few items you should add to your diet.

1. Eat more plants. Plants contain a whole bunch of fiber which is good for the body because it helps absorb glucose at a slow and steady rate which results in less experiences of sugar crashes. A 2020 study also found that a diet higher in plants was associated with less risk of depression and anxiety (at least in women).
2. Embrace whole foods. Remember it’s processed foods and sugar that contribute to inflammation, so embrace real foods such as fruits and veggies.
3. Add seafood. You’ve probably heard before that omega-3s are great for helping to lower the risk of depression. In fact, this study listed omega-3s as one of the top five habits to adopt in your diet to reduce the possibility of depression.
4. Make sure you’re getting antioxidants. If you’re a regular reader of our blog, you might remember talk of antioxidants in our article on anti-aging foods. Turns out they can be good for your mental health as well! The reason? They help fight inflammation, which means they’re helping protect your gut.
5. Get nutty. This study showed that people who enjoy nuts on a regular basis (particularly walnuts!) ran less of a risk in being depressed than people who didn’t. Plus, there’s evidence that the unsaturated fats in nuts can reduce the risk of having anxiety.

THE ROUND-UP: Mental health is important, but sometimes it can feel like it’s hard to handle. Watching what you consume, getting enough sleep, self-care, therapy and/or medication can help.