Top Chef Meals: Why Are We Addicted to Salt?
Skip to main content
chef's
corner 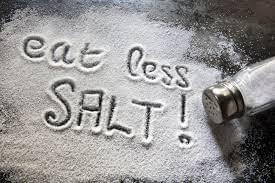 Why Are We Addicted to Salt?

Salt – it makes your food so much more flavorful, but we also know that it's not necessarily good for us. In small pinches, salt is important for the body, because it is an electrolyte that helps balance fluids in the body. The problem is that salt also has a major impact on our heart and kidneys. Too much sodium makes it harder for the kidneys to eliminate the excess sodium, which may lead to an increase in blood volume. This can contribute to raising blood pressure to a dangerous degree.

Salt has been a major influence on our diet since man first discovered that salting food can help preserve it for later consumption. Early cultures used salt to help desiccate foods. Salting was common and even culinary by choosing raw salts from different sources (rock salt, sea salt, spiced salt, etc.). In the 1800’s it was discovered that certain sources of salt gave meat a red color instead of the usual unappetizing gray. Consumers overwhelmingly preferred the red colored meat, and salting our food became commonplace.

Not only does salting food preserve its color, but it has a direct affect on out brain chemistry. Consuming salt triggers the release of dopamine, the neurotransmitter associated with the brain's pleasure center, making salty foods as addictive as nicotine and alcohol. Therefore, as with any addiction, eating salty foods makes you crave more. It quite literally is addicting.

But that's not the only reason saltiness is so hard to resist! Another reason may be calcium deficiency. Sodium temporarily increases calcium levels in the blood, tricking the body into thinking it's been given calcium. But the more sodium consumed, the more calcium excreted, resulting in extra salt and not enough calcium.

The daily recommended amount of salt is roughly 1 teaspoon full (or 2300mg of sodium). But on average we consume almost 3400mg daily! And the majority of that amount comes from processed foods. So how can you consume less salt in your diet? Try these tips:

1. Avoid foods with visible salt including pretzels, chips and salted nuts.
2. Watch out for condiments including soy sauce, salad dressings, sauces, dips, ketchup, mustard and relish, all of which are high in sodium.
3. Avoid luncheon meat, bacon, hot dogs, sausage and ham.
4. When shopping, look for products that give you less than 200 mg of sodium per serving, and note the serving size and number of servings in the package.
5. And the #1 way to decrease sodium in your diet? Eat unprocessed foods! Since excess sodium is so often found in processed foods, make sure you're eating plenty of freshly prepared foods and especially veggies, as well as choosing freshly prepared lean meats over processed lunch meats.

Keeping track of your food and it's preparation can seem overwhelming at times, which is why we make your life easier with freshly prepared, HEALTHY meals. Our
reduced sodium meal package provides meals that contain fewer than 500mg of sodium. Making it super easy to control your sodium intake and stay within either your doctors or the national dietary guidelines. Drop by our site today to start your journey to better health through food!